After finishing Uni at the ANU in 1994 I spent several years pursuing my passion of helping businesses in several roles within industry associations in Sydney. However, somehow I always also seemed to be the guy fixing all the computer problems, so with Y2K looming I decided to join the rapidly growing tech industry.

I started by studying to be a Microsoft Certified Systems Engineer. This cert and my love for technology saw me joining Telstra in 1998 as a Desktop tech before moving to Citibank in Sydney and successfully leading the national server group through Y2K. With the excitement of Y2K now just a memory, I moved to the UK with my young family to take up a role as a Global Infrastructure Engineer with Unilever merging networks across Western Europe.

With a second baby on the way my family and I arrived back in Australia during the dot com crash in late 2001. The IT job market was on life support by early 2002 so I reached out to the local Chamber of Commerce where I previously worked and after quickly fixing some long standing IT issues they had, I decided to launch an IT Support business called Crusty Bread Technology and share my IT skills and passion for helping businesses.

Around 2006 I changed the name to Milnsbridge to better reflect the respect my team and I had gained among hundreds of small businesses right across Sydney for doing as I said I would do and providing the best IT support service they’d ever experienced.

20 years later and Milnsbridge continues on its mission to help businesses to achieve their goals using technology and provide the best IT Support Service in Sydney. 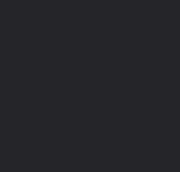 Why You'll Love Milnsbridge Too

The Milnsbridge team are united by a set of shared core values. These values are our fundamental beliefs, part of our culture and are our guiding principles that influence our behaviour and actions.

“Milnsbridge have been a breath of fresh air”
Peter Elkhouri

“They’re a part of our family”
Hannah Stratton

Milnsbridge are always prompt, friendly and professional. Mitchell solved the issue efficiently and effectively and I am very satisfied. I would add that Milnsbridge always go above and beyond to deliver the highest quality service to their customers and are never too busy to help me whenever I need it, no matter how big or small the job is.
Holly Mayers
Milnsbridge helpdesk is always very professional and patient. A pleasant experience when one feels vulnerable when the technology is not working… Thanks heaps Justin.
Marie-Laure Aymonier
Milnsbridge fixed the problem straight away which was fantastic because I didn’t have the time to chase up the codes and sort it our from this end. They were very pleasant to deal with.
Catherine Juhasz
Milnsbridge are a pleasure to deal with
Bruce Drysdale
Previous
Next
Customer's rating
 5/5

Our track record shows that we do what we promise, operate with transparency and are fully invested in forming long-term relationships where we provide the right IT platforms for our clients to flourish.

Percentage of Servicedesk cases responded to within 1 hour
95%

Speak to one of our friendly and experienced team

See other services we provide

Trusted by the world’s leading IT companies

For over 20 years, we’ve been helping businesses.

Let us help your business today.